Burrino is an Italian cheese made from cow's milk in Campania 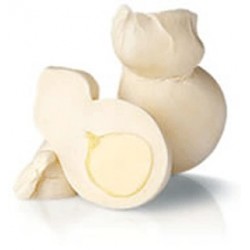 Burrino is an Italian cheese made from cow's milk in Campania

Raw ingredients: Cow's milk whey.
Food: Extensive natural pastures.
Production technology: the whey is skimmed and centrifuged to remove the water. The fat is refrigerated for 10-12 to cool, then whipped. The butter obtained is processed into spherical or elongated shapes, which after being under ice water are covered with spun paste. It is salted in brine. Matures in seven days, in a cold and well ventilated place where the forms are arranged in pairs tied with raffia thread. Yield 10%.
Hardening: up to two months maintaining a constantly cold temperature. Characteristics of the finished product: Weight: 0.2 to 0.3 kg; the outer part is thin, lustrous, pale yellow in color. The color of the paste varies according to the color of the butter which varies depending on the hardening. Flavor: delicate and intense, with a pleasant aroma.
Production area: In the entire region, where the highest quality are those produced in Matese (BN), Monte Cervialto (AV), Sorrento Peninsula (NA) in Monti Alburni (SA) and in Cilento (SA) . Production time: optimally from March to June.
Notes: this butter preservation system, which was adopted by the southern shepherds, can be considered the precursors of vacuum products. The butter was produced in spring and summer where it was layered to preserve it unchanged until next fall when they returned to grazing in the valley.