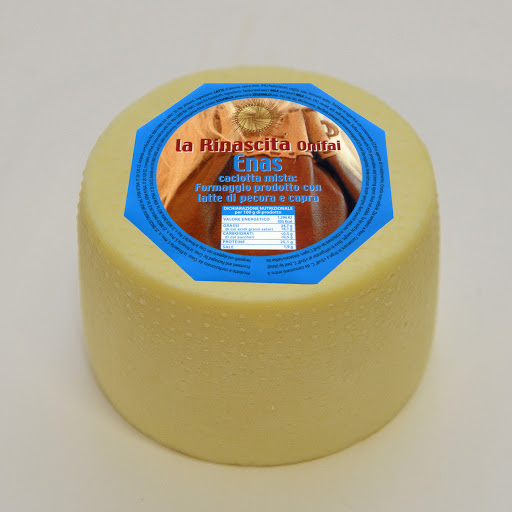 Caciotta is a cheese born relatively recently, due to the shepherds' need to create a more delicate and less spicy product than Pecorino, which could be ready in a shorter time. In fact, Pecorino was the aged cheese par excellence, but given the long aging, it was decided to make another type of cheese with a faster ripening, precisely the Caciotta. Unlike Pecorino, Caciotta can be fresh or semi-seasoned, i.e. its maturation stops before the cheese becomes excessively seasoned. Its name derives from "Cacio", a Latin name that began to be used in the nineteenth century to indicate all the cheeses of the peninsula.

This cheese differs from the others for the fermentation to which the milk is subjected, which gives the Caciotta a medium aroma, which intensifies with the maturation of 3 months in the cellars.

To best preserve the Caciotta it is recommended, once opened, to wrap it in a damp linen cloth, so that the slice in contact with the air does not dry out but remains as soft as just cut.