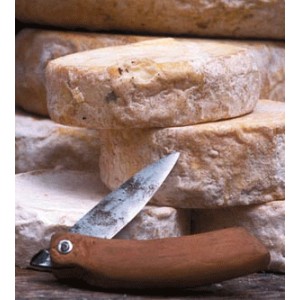 Processing technology: taking the raw milk to about 32-35 degrees, adding liquid natural rennet. Coagulates in around 30 minutes. After breaking the curd, it is placed in the mass molds and lightly pressed. Sometimes you submit a short steaming (about 22 degrees) to facilitate the development dell'occhiatura. Salting is carried out in brine bathroom. Seasoning: around 40-50 days, until about a year, at a room temperature of about 10 degrees. Yield 8%.

Production area: Alpe Bettelmatt (about 2,100 meters above sea level on the Swiss border, between Morasco, the Gries and Hohisand) and generally Formazza Alps, in the province of Novara in Lombardy foothills near the border with Switzerland ( provinces of Como and Varese). A similar cheese is produced in the valley Antigorio. Calendar of production: from July to September l0.

Notes: Bettelmatt has a long tradition of Alpine. It is mentioned in the survey Jacini and the "Annals of Agriculture" in 1889 as a competitive product in respect of "Fontina", but already in 1810, the canon Nicholas Sottile cited it as the quality cheese. In 1968, a referendum was held to find a name for this type of cheese and was confirmed to the centuries-old traditions, the name of "Bettelmat" (which, sometimes, mistakenly, is referred to as "Batelmatt").

It is also produced in Lombardy near the border with Switzerland, in the province of Como and Varese. Lombardy production is difficult to estimate but is approximately l00-150 tons, at a price per kilogram for a L.11/12.000 total of 150-600 million. It also takes the name of "Mattolini" - a grass color typical of the Valle Formazza which gives the yellow color. Bianco-verde