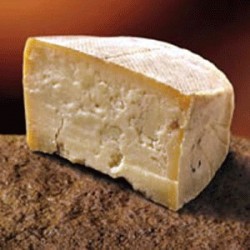 This cheese is a pure sheep cheese that is obtained through an original curing process carried out according to an ancient tradition that dates back to medieval times.
It was born from the need of farmers to preserve cheese throughout the year.
The thickets where the sheep grazed were in the Sogliano el Rubicon tuff, near Forli.
In this case, at about 3 meters deep and two meters wide, the cheese is placed in cloth bags to remain buried from mid-August to November. When the cheese is lifted, it has already been transformed: it has lost its round shape due to compression due to weight and throughout ripening causing more loss of whey and fat, making it more digestible. And above all, the fermentation in particular gives it an unmistakable spicy taste and aroma. The origin of this cheese is believed to date back to 1486.